You are NEVER alone

You are NEVER alone

You are NEVER alone. Through the eyes, in the minds, and buried deep within the hearts of those who have been there and have come back, WE ALL KNOW PAIN. Both in your times of TRIUMPH; and in your DARKEST HOUR, by your side WE WILL FOREVER REMAIN.

~ Excerpt from Chapter 3 of Your Corps: “Your Brotherhood”

So many are the blessings that accompany having a brother or sister, and so often is it that in times when one cannot be strong for themselves, the times when one needs just that extra motivation, the times when accomplishing something is better when not alone, does that companionship and that bond define itself to us. All throughout our lives, innate to being a human, is the search to find that type of bond with others ever present; however, there is a calling that draws people together, where they are able to establish an environment that breeds the brotherhood that has been sought in every corner of one’s life. Upon signing the dotted line, and reserving a place among the worlds most elite fighting force, one enters into the unparalleled brotherhood that is the United States military.

The United States military has the unique ability to define brotherhood (sisterhood), not in words, but in actions. Every day, those men and women are challenged and are sometimes put into situations where the camaraderie builds itself, and the men and women are able build each other. The uniform only lays the foundation for what brings these select, and exceptional, men and women together; it is the call to duty, the ideals, and the shared title of being an American and believing in what that means, that truly binds the servicemen and women together, across all five branches.

The choices that are often faced, especially in times of conflict where many are positioned abroad and in dangerous situations, sometimes are as difficult as life or death, and the brotherhood that embraces, is instilled in, and propagated among the U.S. armed forces, makes the choice between yourself or another natural: another. There is no greater rapport, than in that shared amongst service members. 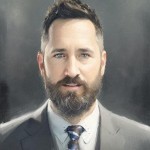